Memoirs: life on the edge -the tribulations and triumphs of a herdsboy

The previous night we, the boys, had filed into "bed". There was no bed actually. Our elder brother and some boys his age, some five or so years my senior, shared a home-made bed which was made of blue gum rafters meticulously arranged into a "rack" on which they put the newer cow hide. The senior boys had better and newer blankets.

Because they bullied and took the new supplies, surrendering the worn-out, older blankets to us, the junior ng'etiik.

The junior boys included my immediate elder brother Daniel and a coterie of other boys from the neighbourhood.

Our bed was some wrinkled and hard pressing, dehaired old cowhide, again surrendered by the older boys as they got hold of new supplies. Those new supplies came around December, after slaughter of cows for the circumcision ceremonies. We all smiled thereafter as we retired the older "beds" for relatively newer ones.

Since we had no lamps, once the dim fire died off we had to learn how to identify the blankets. Usually we did it by smelling. Any other blanket smells, only yours has no smell. That was the rule used to discriminate blankets. Once in a while a corner was crazed and had lumps of burnt edges. That also helped.

It was a dark fumble, but largely successful.

So we slipped into bed that night. We had to huddle around the dying embers of the evening fire. It was warmer around the fire-place. The unwritten rule, however, was that the senior of the ng'etiik slept closer to the fireplace while I slept the farthest. Additionally, since we shared one blanket, a tattered piece of retired old covering which was surrendered by the older boys upon getting newer ones, it meant that one could hardly get fully covered. With no pyjamas, and with shared blankets, the nights were always too long and uncomfortable.

Meanwhile, the boys sleeping in their "princely bed" above us snored endlessly, as if that was some analgesic for us, the poor lot half-sleeping below.

Then there were fleas. Those invisible enemies who visit and bit just when you are about to drift away to slumberland. Ours were ferocious, and occasionally landed on the wrong side of the body. Those regions which were not accessible when you were tightly cuddled to sleep in an ergonomic and optimal pose for both coverage by the thin blanket and the receding cow hide with worn-out edges. Meaning one slept half the time on the bare, hard floor. Once in a while we woke up with itching joints and occasionally lip edges. Upon close inspection, it turned out a new jigger had secured an aboard betwixt the flea bites and scratches. Nothing feels better than a scratch on a new attack by a jigger. It is simply romantic. That was the symbiosis between vermin and lads.

When we went to sleep we had to agree on some rules. To optimise the spaces, we all had to sleep facing one direction. To turn, we had to agree together. It was team work. This enabled us to sleep like a stretched letter "N", with knees locking into position and one hand folded into a pillow while the other loosely filed along the torso to minimise interference. We were like sailers. We had to pull together or the resources would be damaged. That damage included a blanket dismembered through its equator. Two pieces of blankets were no option.

We had rules of engagement too. If any of us was pressed by nature call and needed to go to the bush toilet, one's blanket team had to wake up. Everyone. In order to escort the pressed lad and watch over him as he relieves himself. Moonlit nights were better than pitch dark nights. But nothing reassures better than a group of timid lads braving some cold night in the slopes of Olomotit in Nandi. And it can be extremely cold at night.

Chebunmoi, my elder brother and his follower Daniel had woken up earlier that day. It was our family's turn to use the plough oxen on the small piece of arable land. Dad had slipped to work before the 6AM (second) alarm siren went off because he was a Nyapara (supervisor) at Koisagat Tea Estate, then owned by Robertson (fondly called Robotson by the locals).

The two lads picked eiik, the plough oxen and yorked them. My gut feeling is that Daniel was the driver of the oxen as Chebunmoi held on the oxen-plough. Song rent the air as Daniel was naturally a good singer and full of humour. Chebunmoi was a scary brother. Ever wearing the face of a fighter. He was also a talented farmer. He still is.

I didn't wake up. 6AM was too early for me and having slept in half a blanket, I thought the opportunity to immerse myself fully in a blanket had afforded itself.

I cuddled myself, rolled the blanket to sleep on half of it while the other half covered my body.

I drifted off to sleep.

Then started dreaming about my escape to Cheptireet. To my grandmother Opot Tera.

I did not belong here in Cheptabach, I had convinced myself as soon as school closed that April of 1980.

Seeing Kamau being given a KSES pencil as reward for "leading" in my class four when my marks were not correctly summed, denying me a whole 96% sent a cold chill in my spine. If my 96% had been counted I was topping the class, beating the second best by a whole 45 marks. I would have beaten Otieno arap Elija of Sach Ang'wan, who had come second. And I would have beaten Indiatsi who was third. I didn't deserve to be fourth. This was not my place.

My victory was stolen. There was no justice here. I had to look for fairness.

But I came from risoop (the reserves), and those squatter kids were not considered at par with the kids from the camps.

I planned to escape from home.

I had to walk.

I didn't know where to but I knew the direction, due north of home.

That was my home, with my grandma. A woman with whom I had lived since the age of five. That was where I wanted to go to school.

The best time to escape was while everybody was busy. Chebunmoi and Dan were busy "driving the oxen" while dad was away at his labour tasks. Mum was hidden in the smoky house while my sisters were going to fetch water.

That was the time to slip away.

I did not need to say bye.

Then I was startled from my dream by a piercing lash cutting through thin tattered blanket. Chebunmoi had abandoned the plough oxen and decided to unleash his frustrations on me. He interrupted my mental jaunt. I jerked back to sense, dashed out of the cottage to be greeted by the sharp sun rays tearing through Kipkorom Forest to the East. After an absent-minded yawn, I went back to wear my kinyasa, the school pair of shorts.

Amid complaining of molestation, I walked up the steep climb to the main house for tea. Mum was out puffing at her tobacco roll. She didn't yell at Chebunmoi for terrorising me. Was she approving of this?

Honoured to be on the MARS Inc Homepage header

It is a great opportunity to help brand the company we all love. Mars Inc career section features yours truly.

Visit the career section and check out if you can find your passion to serve humanity and the pets we serve https://careers.mars.com/global/en

Facts to know before and after you have come to Germany for your studies by Cromwell Kebenei, Simon Muturi Mburu & Moses Githinji

Introduction   This document provides tips and tricks for successfully completing an engineering degree at a German university. It gives... 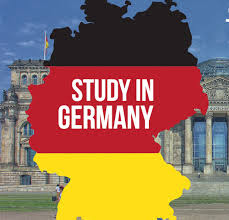