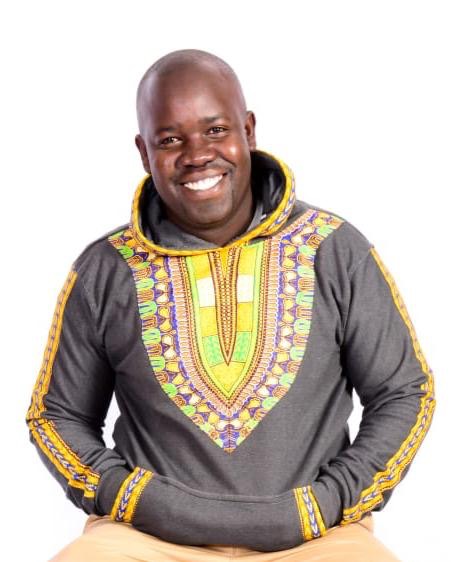 Like many of you, I  follow “Kokwetab Cheison” religiously whenever I can! I need to add that the quality of the invited panelists leading various discussions in this show summons many a people to get glued to the screens of their electronic devices every Sunday!

Dr. Cheison, the host of this show, posed an interesting question to  Pastor Chemagar Arap Ng’etich. He asked whether or not there lies the possibility of “resurrecting” back to life the religious practices and worship of the Nandi-speakers (later Kalenjins) today, as well as how this might play out with Christianity? Pastor Chemagar, a Christian thinker and a thoroughgoing anthropologist with expertise on the oral and material culture of the Kalenjin people, briefly discussed this question with me during our panel interview on August 2nd, 2020.

My goal in this writing is, to sum up and solidify our response by providing a more cogent and pointed answer. Firstly, the program has sought to largely draw a comparison between the Hebrew Bible ( Old Testament) and the religious beliefs and practices of the Nandi speakers. The program has further shown that the similarities can be traced back to the contact of the ancient Israelites with natives of Egypt ( Nandi speakers are said to have emigrated many years from Egypt to their present location in East Africa).  The success of this comparison, in my opinion, has shown that present in both of these religious orientations is the expectation of a savior. For ancient Israel, there is a longing desire and wait for a Messiah who will bring deliverance to Israel and inaugurate a new Kingdom (see Daniel 7). On the other hand, the Nandi speakers performed their sacrifice of worship while foreseeing a savior. Mr. Ng’etich described this figure as Kigen, weri bo tie. This figure, upon his arrival, will complete the practice of sacrifice worship (Compare with Gen. 3:15).

For Israel, however, the messianic expectation gained momentum especially after exile and leading into the 400 silent years between the two testaments of the Bible. During this period of silence, there arose several “messiahs” who over time failed to meet the expectation as laid out by the prophets of the past. They were later described as pretenders of the Messiah.  When Jesus came, he proclaimed the kingdom of God, he died, resurrected, and ascended to heaven. All these events catalyzed an ongoing discussion on his identity as the Messiah. His disciples then went around preaching and teaching that Jesus Christ was indeed the messiah and so Judaism and its expectation for a messiah had been fulfilled in the person of Jesus. He is the expected Messiah, they argued, and so there is no need for the continued religious practices of animal sacrifices. Of course, this claim did not go down well with the conservative Pharisees and religious leaders of Judaism in Israel. Hence this belief became a point of departure between Judaism and Christianity. Judaism to date is still waiting for a Messiah. They deny that Jesus son of Joseph was the Messiah. Christianity, however, proclaims that Jesus is the Messiah. Those who left Judaism for this new belief included not only the 12 disciples but the leading religious elite among the Jews at the time. They include; Nicodemus, a member of the Pharisee council, the wealthy Joseph of Cyrus, and Paul, the learned Jewish legal expert ( he was trained by Gamaliel, a distinguished teacher of Jewish law) among others. So, for Christianity, the practice of sacrifice worship had come to an end since Jesus Christ had died and resurrected to life. His death had completed the ritual of animal sacrifice system that was in existence among the Israelites. Again, as I have shown above, Judaism (a religious practice of the Jews) could not accede to the claims of Jesus as the Christ. They went on observing the ritual of offering sacrifices to Yahweh, for the forgiveness of their sins.

At the heart of the Christian gospel, however, is the teaching that the ritual of offering sacrifice to please God is over because Jesus has become an acceptable sacrifice for our sins once and for all (Hebrews 9.11-28).

To answer the question, therefore, whether to bring back the ritual of offering sacrifice at Kapkoros is in itself not a bad idea ( I shall return to this point shortly). However, it is irreconcilable with claims of the gospel as articulated in the New Testament. Christianity is birthed in the New Testament. If Jesus is the “Kigen”, the expected savior by the Nandi speaking people, then the practice of animal sacrifice at Kapkoros has no meaning anymore. Because Jesus has become the sacrifice once and for all (Hebrews 10:8-10).  And if we have been forgiven, a sacrifice for sin is no longer necessary (Heb.10:18).  A Nandi speaker, who has accepted Jesus as his/her savior cannot hold both religious beliefs at the same time. For such will lead to the sin of syncretism. A serious sin that got Israel in trouble, especially as taught in the book of Hosea. They worshipped Yahweh by sticking to his regulation of worship at the place of worship while also subscribing to the religious practices of the Gentiles.

So, can I be a Christian while still holding on to the ritual sacrifice of Kapkoros? No! Because the point of departure between the two is quite sharp. Like Judaism and Christianity, both cannot cook in the same pot! Put differently, the religious practices and worship of the Nandi people, while at the surface is similar to Christianity, is, however, fundamentally different in its claims and practice.

How then should we proceed from here? Let me make three suggestion;

Way forward 1: One has to choose either one of the two.

An important question however is; can we return to our religious practices of Kapkoros as it were BEFORE the coming of Christianity? A simple answer is Yes and No!  Various reasons can be articulated here for the "NO", but I will mention two in quick passing. Firstly, Nandi speakers, like the rest of Africans (by extension those in the global south) have been impacted by modernity, even further by post-modernity. Our interaction and interrogation of the sacred is different from the rich conception of our fathers/mothers and grandfathers/mothers of the past. Even those of us in the business of Christian theologizing in Africa today, our challenge constantly is making sense of the gospel in the face of the shifting and complex identities of our modern African societies. The challenge can be said to be further complicated for our traditional religious beliefs because  (for lack of a better word) of the memory loss.

Secondly, because we are an oral tradition (orthodox custodian of these traditions are aging away and dying) and compounded with memory loss, some people have taken advantage and are masquerading as legitimate priests or the “right” people to lead the ritual of worship at Kapkoros. Seldom do they invite the community to reflect the critical tenets of this religion. They seem to be interested in money or power (Power is a critical currency in African traditional religions. The divinization of priests is due to the view that they are closer to the divine. This acts as the same reason why some pastors today manipulate their congregation easily. Hence a system of accountability is key in a religious institution). With all these put together, the “resurrection” of our traditional religion in its orthodox sense is going to be hard.  Unlike Christianity where the church for instance has retained and passed down the memory of its teaching through the constant reading of the written text that is available in various dialects.

Yet still, it can be brought back, but in part. As Dr. Cheison reiterated in one of the episodes of the show, that one can institute a sacred corner for worship in their homestead. While it will lack the communal aspect of gathering at a centralized place, at least this will enable a family to re-institute worship as traditionally practiced by a household and led by the head of the household. Think of it as a sort of a "home church.”

Way forward 2: To counter the effect of modernity, we need to ask ourselves, what is it that we want to bring back? The symbolic practices or the values underneath those practices? I will argue that we need to bring back the values. This we can achieve by asking ourselves what values were embedded in the practices of this indigenous religion and then seek to re-interpret them into our current belief system. The symbols and practices were both communicative and educational. It also served as the vehicle for passing down the teachings/doctrine (memory retainer). Some of the values that I see in these practices include; holiness, the sanctity of life, generosity and hospitality, environmental justice, etc. Such values, I would argue, find more resonance with the gospel and teachings of Jesus Christ in the New Testament. The Late Prof. John  Mbiti, a leading scholar of African Traditional religion [ATR] pioneered research on this perspective. He argues that Jesus -as the son of God- is the only new concept introduced by missionaries to the African religious worldview and philosophy. He sees continuity between ATR and Christianity. I would add, however, that this son of God is God incarnate, our brother, and the firstborn over all creation. In becoming human, God is establishing a relationship with us ( Tilya ne nnyo). Relationships are valued among the Kalenjin people (by extension all African cultures).

Way forward 3: I think the question could be framed differently. By this I mean, since both Christianity and the "Kapkoros” religion are competing ‘faiths’ then the question could be asked: Can we bring back the “Kapkoros” religion? This is independent of what Christianity might ‘think’ or ‘argue’. I would argue that the juxtaposition of the two as raised in the original question is unfair. Indeed, the question assumes a comparison that often needs to be justified. The two are unique 'faiths' in their own right even if they share similarities and ancient contact. So, when the question is posed to an adherent of the “Asis" religion, and a Christian, both will approach this question with a certain bias. I think this juxtaposition should not be the primary concern of the question. However, it can be asked at a secondary level.