If heroes were these I'd rather have none

The word hero has lost meaning.

In Kenya at least.

A hero, even without looking it up in a dictionary, means someone who denies self comfort even puts self in danger for the sake of others.

It includes those who have vision of a better life and who, knowing that the majority don't yet see it, go ahead with a tiny army to secure that better life.

They include liberators, independence warriors and economic liberators.

They don't include drug dealers and sex pests. No.

Those liberators who end up sponsoring torture and persecution must be demoted from the hallowed pedestals of heroism. Those unflinching grabbers of public toilets and stadia must be depreciated.

That is why it's a vain effort to look for heroes in politics.

She put herself in danger, decided to brew chang'aa despite the ridicule and single-handedly led the family after the death of my father two weeks to my KCPE.

As a family we look back at her selflessness and brave choices despite being illiterate and we celebrate her.

A woman who, with bare hands chose education for us and put herself in danger from KANU youth wingers and insensitive provincial administrators to educate us.

Someone who fought squalor using nothing more than sheer determination. That is heroism. For to beat poverty and deprivation requires skill, stealth, persistence and perseverance. She has a steel heart, that woman.

This goes to the many other strugglers out there who combat poverty without fear, and make it. Those are heroes, people who fight the humongous monster called poverty without stealing.

My heart is too expensive a piece of "real estate" to waste on glorifying petty thieves, drug barons, mercenaries and others as heroes. I'd rather keep that portion unoccupied than defile it.

May be we should start another word like shero or gero for excellent thieves who deserve praise and recognition. Leave hero for what it is. Heroes need not ride hero limousines or fly in choppers purchased using questionable money.

They can be ordinary mguu tupus who are doing their thing and living life with honour. No pomp. No drama.

Mother gave us education as a potent weapon against poverty.

The vision of my father motivated me 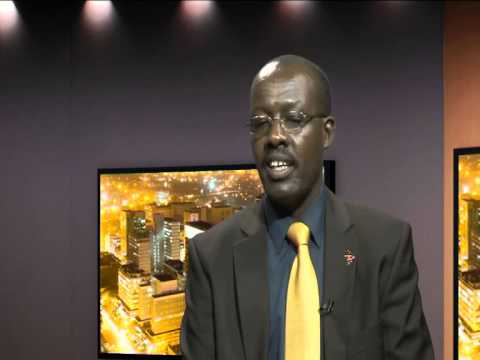